It’s been annonced that ONE OK ROCK will release their 6th album “JINSEI x BOKU = (Jinsei Kakete Boku wa)” on March 6th. The album will be released in 2 editions: Limited Edition (CD+DVD) and Regular Edition (CD only). Yesterday they revealed “Clock Strikes” PV which is part of their upcoming album through their official youtube channel. Check out the jacket cover, tracklist and Clock Strikes PV below! 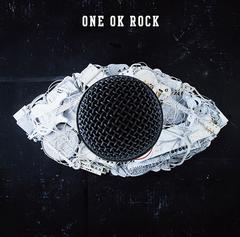