SKECHERS SUNDOWN FESTIVAL like past years is set at Marina Promenade behind the Singapore Flyer. The views are astonishing for both the performing artists and the audiences. The audiences get to see the beautiful Singapore Flyer during the night behind the stage while the performing artists has a view of the Gardens by the Bay, the marina reservoir and a vast view of the sky with not a single building blocking the sight. Not to mention, for this year we were blessed with good weather. It was slightly cloudy, not scorching hot and neither were there any rain! 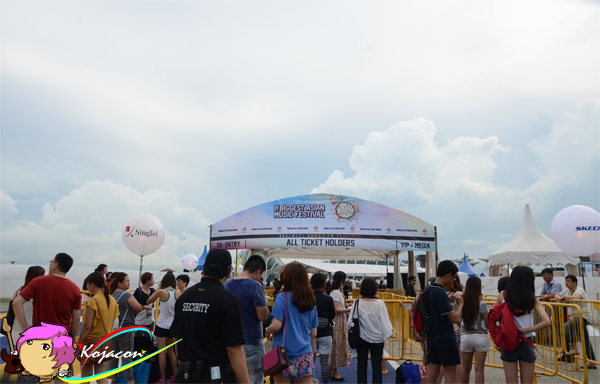 Eager fans lined up at the entrance from 3.30pm and the doors opened at 4.30pm. We had two Singapore bands and multi ethnic dances for the opening acts. SKECHERS SUNDOWN FESTIVAL has officially started! 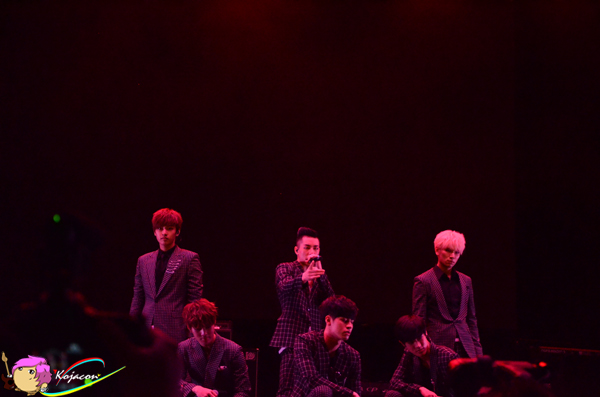 CROSS GENE earned loud cheers and screams from the crowd when they came on stage. With no delay, the boys danced and sang to their hit tunes one after another. CROSS GENE fans whom flew over from Japan were shouting out the fan chants, singing along and cheering for the boys. The boys also did a fantastic job in hyping up the crowd as the crowd were jumping and enjoying to their tunes and dances. 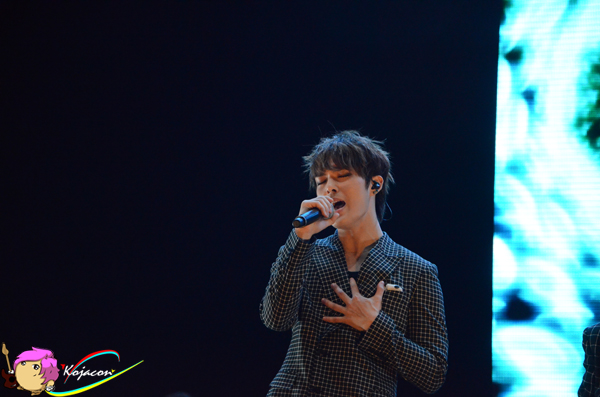 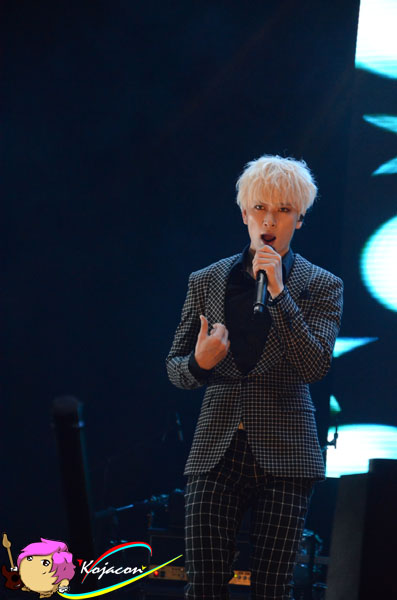 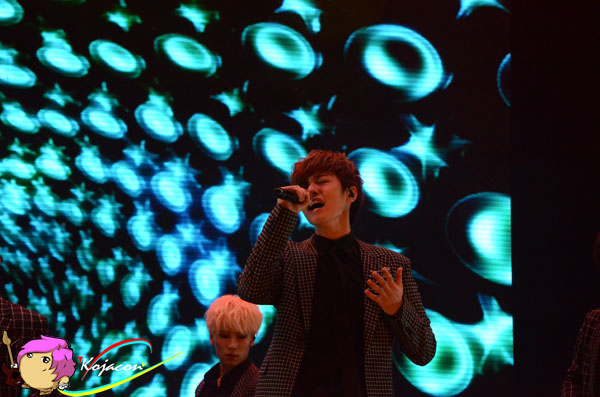 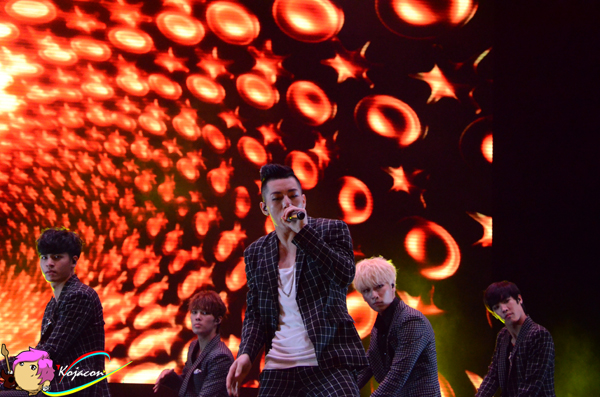 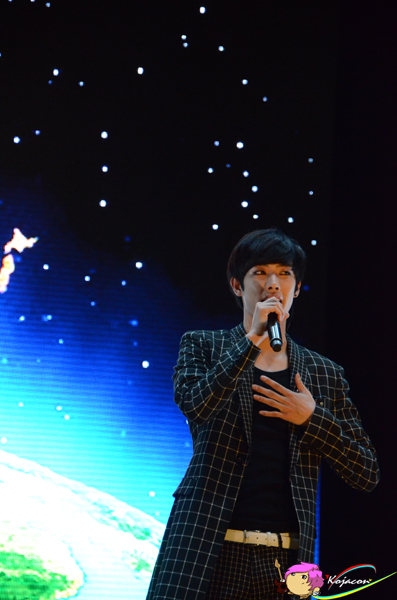 WEAVER’s turn to perform on stage came at around 8.15pm of the night. Here is the set list for the night, 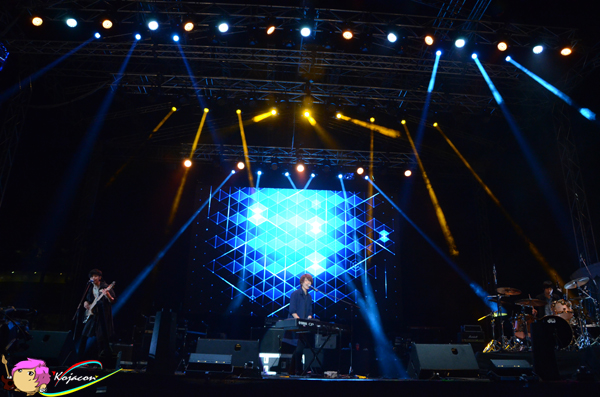 The crowd did not expect when a familiar tune came in during the instrumental opening! It was a famous folk song in Singapore song called ‘Dayung Sampan’. WEAVER had specially arranged an instrumental version of it in their own style. Sugimoto encouraged the crowd to sing it out and the crowd did it with no hesitation. The trio received tremendous cheers from the crowd after it. 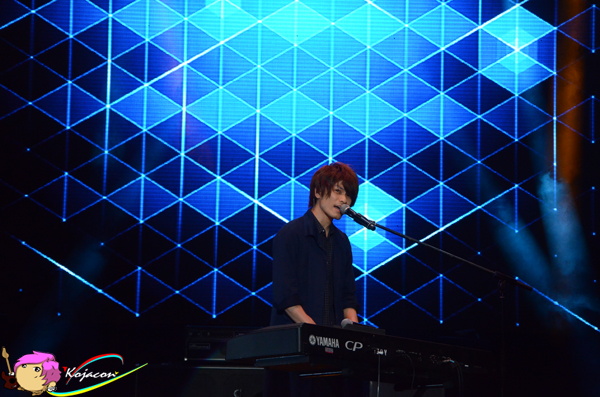 Another familiar tune started playing next and it was ‘Time Will Find A Way’. Singaporeans may find this song familiar as it was the theme song for a TV show broadcasted locally and in Japan called, ‘Find the Wasabi’. ‘Time Will Find A Way’ is a song fully written in English. Despite it being in English, Sugimoto on vocals had no difficulties with it. The fans also joined in the chorus part promptly as they all enjoyed it by moving to the beat.

Although it was their 4th time performing in Singapore, WEAVER mentioned that this is their first time performing to such a huge crowd in Singapore. “For people who are seeing us for the first time today, you may not know what a piano band is but we will show you!” Okuno expressed in fluent English. He then continued saying their next piece would be a mash up that includes a popular song, ‘Viva La Vida’ by Coldplay and their own song, ‘Shinseikai’. Halfway through the medley, Okuno and Kawabe joined Sugimoto on the piano and the crowd was roaring as it was such a rare sight! 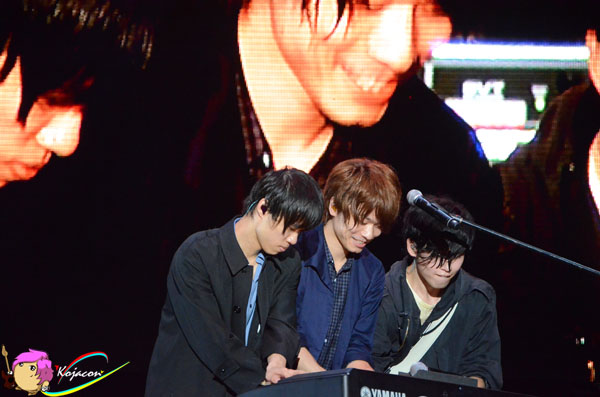 If you think that was the only surprise we get, you are wrong. While the trio were playing beautiful notes and chords, Sugimoto said, “This is a song for Singapore, if you know it please sing along.” The piano notes gradually formed into another familiar tune for the Singaporeans. It was one of the most popular national day song called, ‘Home’. The crowd had absolutely no problem in singing out the song! 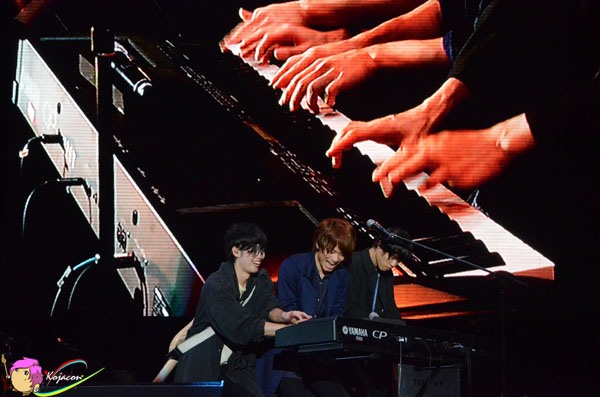 After a short verse of ‘Home’, WEAVER not forgetting that there were fans whom came from other countries, dedicated the next one saying it is for the rest of the world. The familiar three notes from ‘Let It Go’ came after that and also had the crowd singing along to it with no delay. Kawabe whipped out a toy plushie of Olaf the snowman from the movie, ‘Frozen’. It was such a cute sight! The medley then continued off with their own Japanese song, ‘Shinseikai’.

Taking a little break from the songs, WEAVER talked a little in reference to their “4th member”,

Sugimoto: So, someone was here.

Okuno: Yea, we had a 4th member on stage. Could you explain about our 4th member?

Kawabe: Yes, his name is Olaf! As you all know, he is very busy now so he went home!

Okuno: The weather in Singapore is too hot for him.

Sugimoto: Yea, he will melt!

After the introduction of their “4th member”, we had a lesson from WEAVER!

Sugimoto: Since we’re from Japan, so today we would like to teach you a good Japanese word. The word is “saikou”. You are “saikou”!

For fans who understood Japanese, they shouted “WEAVER saikou!” immediately and Sugimoto nodded in delight to it and praised the fans good in learning.

Sugimoto continued that the meaning for “saikou” was “I hate you”. The crowd groaned in disagreement and he quickly added “Sorry, sorry, just kidding!” with a cheeky smile. He corrected himself saying “saikou” meant “awesome”, “cool”or “great” and added that the word can be used on everything. He showed it into use by requesting the crowd to repeat “saikou” following whatever he was going to say.

Each word gained an even higher and louder response from the audience. Sugimoto wrapped it up with “You are saikou!” following an introduction of their next song, ‘Hard to say I love you’ and the crowd cheered for them once again. 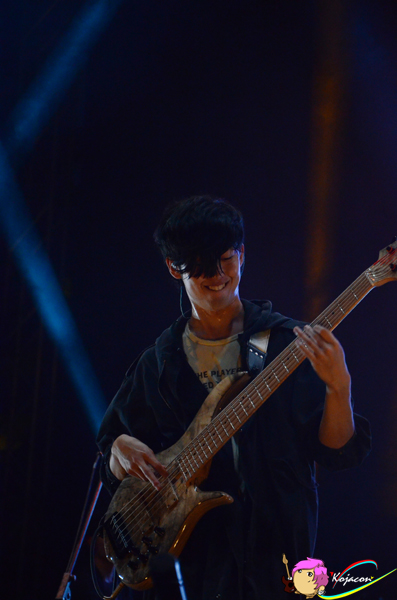 For their last song, ‘Free Will’, Sugimoto cued the fans to sing the first chorus part, taking turns between him and the crowd. The fans moved and jump in unison as they all enjoyed the final song from WEAVER. One of the highlight for this song is bassist Okuno playing the bass drum, exchanging turns with Kawabe in the instrumental interlude. Gradually the three instruments; the drum set, piano and bass drum came as one sharing the same beat before the final chorus part. The trio thanked the crowd for the last time and their performance came to an end. 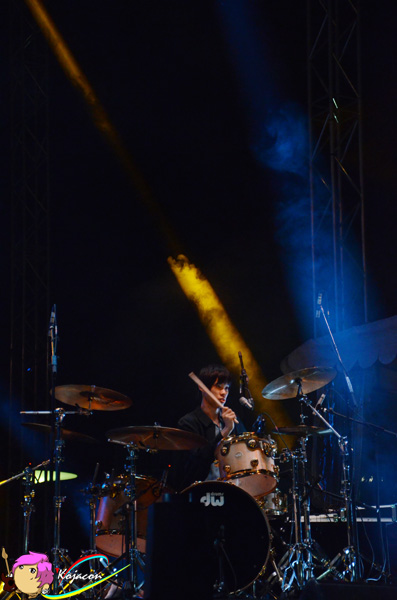 WEAVERS’s considerate thought of localizing their set list was such a pleasant surprise and indeed a wonderfully job done! It gives the audiences a sense of familiarity, and has definitely shortened the distance between fans and WEAVER with music. With just a span of one year, we can all see how much they have grown and improve. We hope to see WEAVER back in Singapore again soon and will be looking forward to their activities in the future!

So this concludes our report for Skechers Sundown Festival! Great thanks to organiser, Red Spade Entertainment, Skechers and all other supporting partners and sponsors for this wonderful music festival. See you again next year!