On the same evening SKECHERS SUNDOWN FESTIVAL press conference was held, a fan meet and greet session was also held at Changi City Point. Fans who owned a pair of shoes from Skechers are entitled to get an exclusive fan meet pass just by gearing up in their Skechers shoes in the Skechers store in Changi City Point. The exclusive fan meet pass entitles one to be up in the first row to meet their favourite artists, and also get autographed poster and handshakes!

A total of 8 artists are attending this meet and greet session and CROSS GENE and WEAVER are one of them. Without further ado, here’s our report on their appearances! 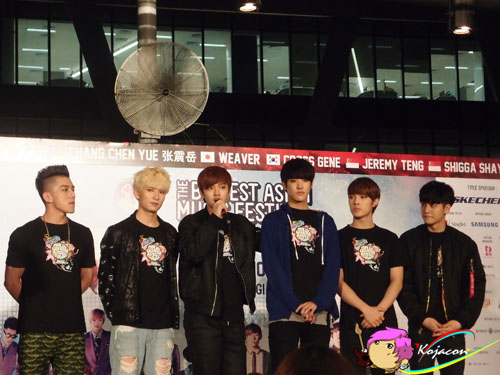 The speakers at the venue was blasting with CROSS GENE’s song right before their appearance and the fans were singing along enthusiastically and moving to the beat. They were so hyped up because this is the first time they get to see CROSS GENE up close in Singapore! The fans consist mainly of Singaporeans and we also have fans whom flew over from Japan! 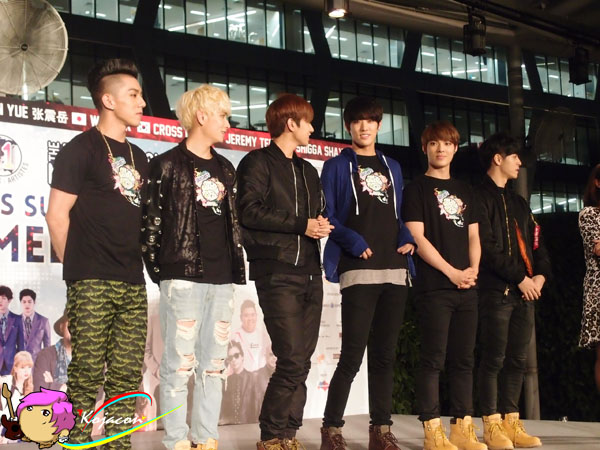 The fans welcomed CROSS GENE with screams and their hand-made boards and uchiwa. The boys were delighted to see us and were all waving at us, smiling broadly and doing up poses for the camera sometimes. 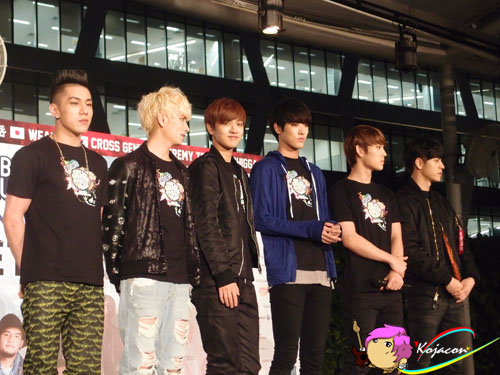 Being their first time here in Singapore, when asked which places they have visited, they answered they have went to Sentosa and the botanic garden. They also mentioned that the fans in Singapore are all very nice and friendly and would look forward to seeing the fans again on the festival itself. The meet and greet session for CROSS GENE ended off with a handshake with the 30 fans who had the exclusive fan meet pass.

It was WEAVER’s turn right after CROSS GENE. “Hard to say I love you” was playing before they arrived at the venue. Many fans sang along with it as they waited for the chance to see the trio up close. 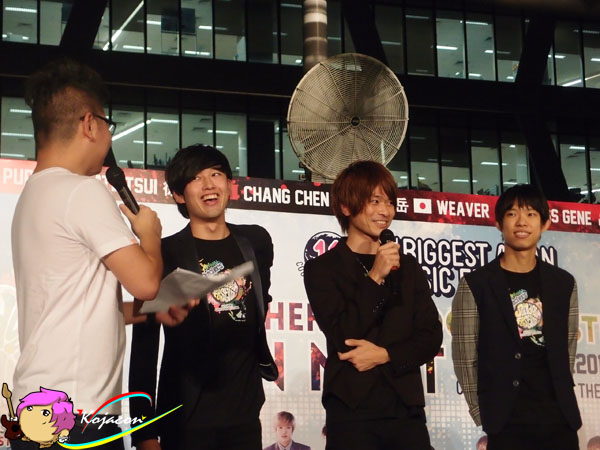 WEAVER came up casually, waving to the crowd and giving a fist bump and hug to our emcee on stage. Fans were all shouting for them, their names and shouting “Welcome back!” in Japanese (okaeri). The trio gave a short self introduction in English and answered questions from the emcee.

First of all, we want to find out, what is your impression of Singapore?

Sugimoto: Singapore is so beautiful, the food is very good. Singapore is the first country that we play a gig in outside Japan. We have already played 3 times here. So it feels like Singapore is our second hometown!

With Sugimoto’s answer, the fans cheered loudly. WEAVER indeed is one of the Japanese artists whom frequent Singapore many times; 4 times in a span of 3 years! 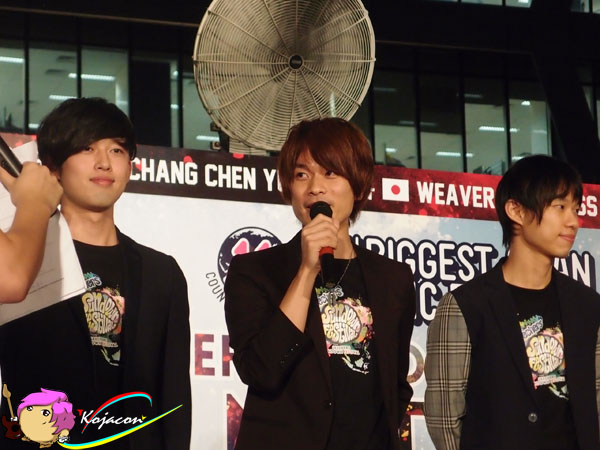 How does it feel like to travel overseas to perform? Especially in Singapore

Sugimoto: We feel very happy to be able to do that. The fans in Singapore always gave us a warm welcome so we’re really happy to be back.

The short Q&A ended and the fans lined up in an orderly manner to meet the trio up close on stage and obtaining a signed poster. The trio looked exceptionally bright and happy with every fan approaching them. They are pleasantly surprise when they were aware that fans from Japan came all the way to meet them. Many Singaporean fans also told them “Welcome back!” in Japanese (okaeri) and they replied brightly with a “I am home!” in Japanese (tadaima) or a “Thank you!” Fans are also delighted that now that they have overcome the language barrier as they are able to convey their message directly in English now. 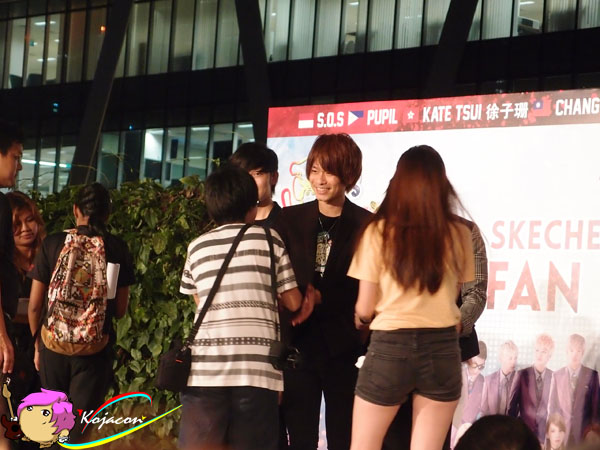 It may be a very short moment of interaction but the fans were very happy to be able to meet up with them after a year and welcoming them back to Singapore. And I believe that the fans would be even more delighted for the live happening on the festival itself! Check out our report on the festival live day itself soon!